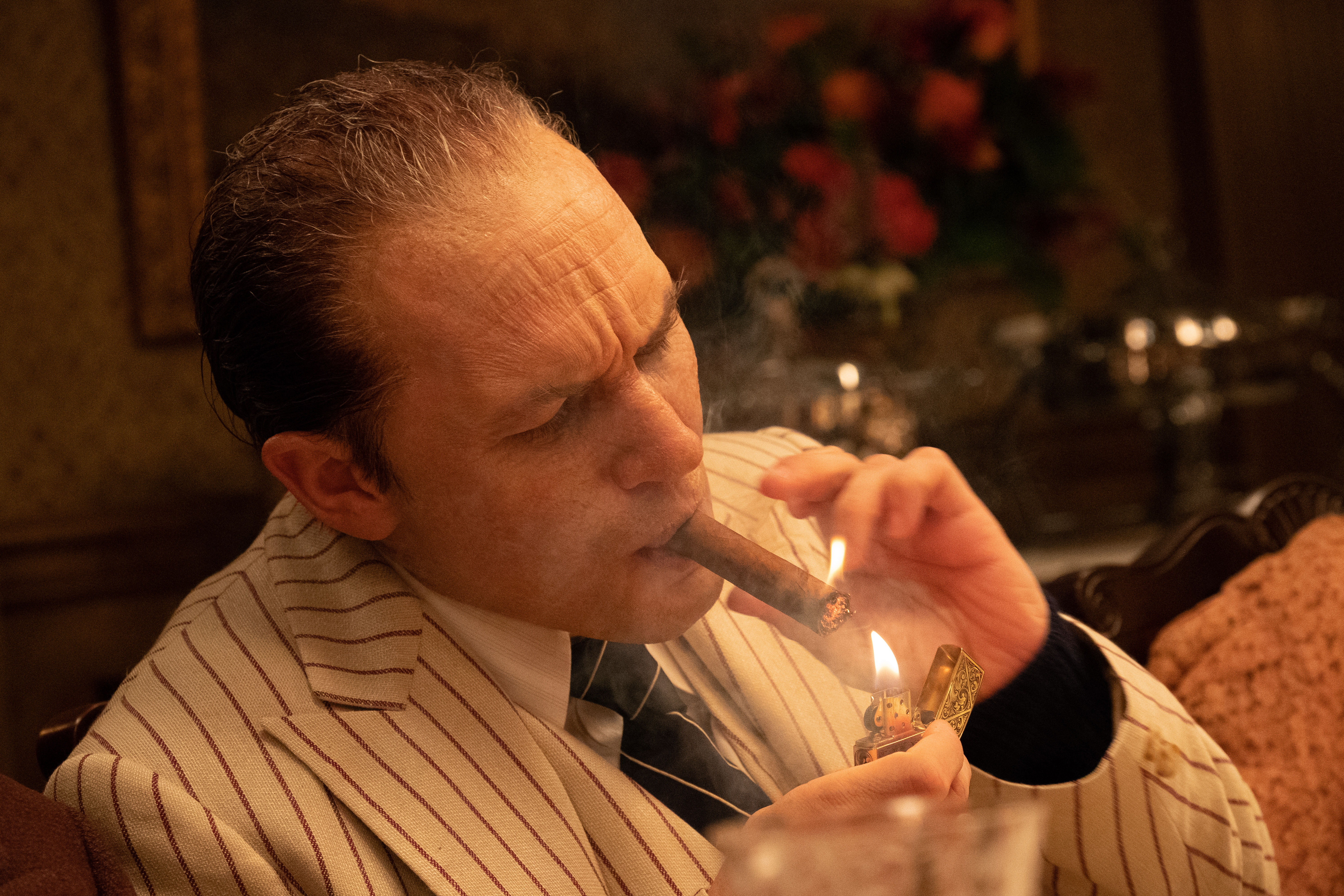 Capone (from Vertical, streaming on Prime, iTunes and other services) is an unusual take on the once bigger-than-life gangster whose exploits, including the St. Valentine’s Day massacre, terrorized his Chicago turf and fascinated the world. But for this film written, directed, and edited by Josh Trank (Fantastic Four) and starring Tom Hardy, we join the infamous crime boss long past his heyday and a seven-year prison term, living out the final portion of his life in a Florida estate and suffering from dementia.

The film mixes the reality of Capone’s situation among opulent surroundings with his delusions and fragmented memories to create a beautiful atmosphere but a highly unsettling feel. Cinematographer Peter Deming (Oz The Great and Powerful and future release The New Mutants) posted with Company 3 Sr. Colorist Stephen Nakamura on the visually absorbing project.

Nakamura, who has worked with Deming on a number of films (including the two above) graded Capone in DaVinci Resolve at Deluxe, Vancouver near BRON Studios where shooting took place. “Peter did  a fantastic job,” says Nakamura, calling the shooter a “pro’s pro.” “He shoots a great, thick ‘neg’–digital or film — so we have everything there to work with when it comes to shaping the look of each shot.”

The filmmakers made use of the grade to subtly enhance the sense of Capone’s physical decline by gradually draining his face of color. In addition, Nakamura explains that Trank and Deming, “gave a lot of thought to depicting Capone’s reality,” Nakamura explains. “This is someone who isn’t seeing things the way they are because he’s got dementia. So we would refine the scenes that are meant to be part of his ‘world’ — keying and windowing and tracking to reflect what he ‘sees’. He has dementia but it’s quite real for him so we made a portions of the frame more vivid, making some detail brighter or more saturated.”

Similarly, his memories of actual events, which are also tinged with the artifacts of his diseased brain, were finessed in the grade. “With happier memories we would make certain objects in the frame a bit more saturated. For scary, violent portions, “we might desaturate everything significantly except just the look and a character’s clothes. It’s like when you’re dreaming you might see the whole room but you’re really concentrating on a particular person. At one moment, he’s remembering an event where there were a lot of balloons and we significantly desaturated all but one golden balloon, which makes it appear very striking.”

Capone currently tops iTunes downloads in its “indie” category and is number two in downloads overall.