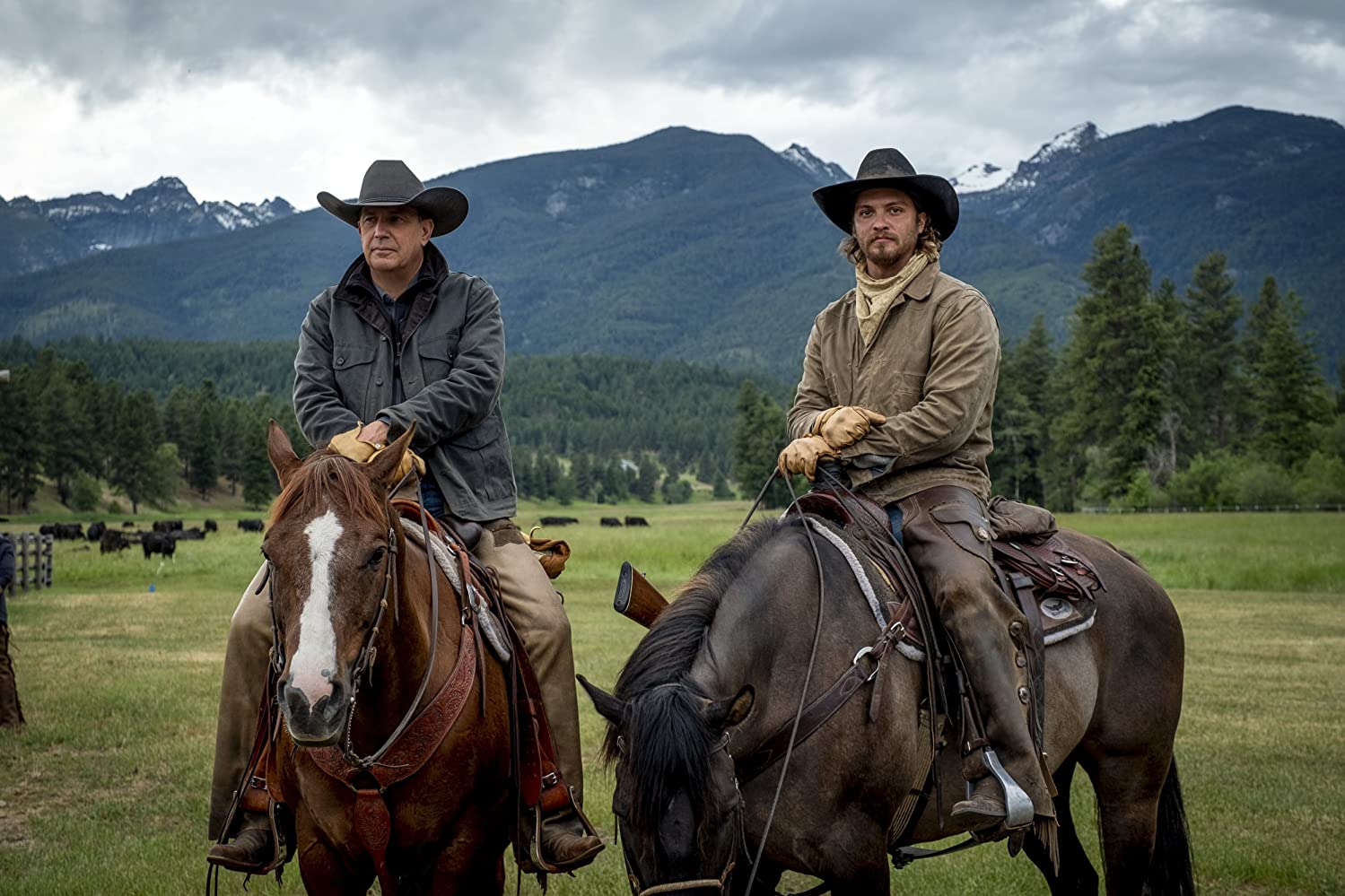 “I’ve been coloring images for over 35 years and Yellowstone is really one of those projects that I live for,” says colorist Bob Festa, who has handled color grading for the Paramount Network series, now airing its third season. “This show is my pride and joy.”

Although the series has a contemporary setting, it contains many of the elements of the classic western, once a staple of TV and movie screens but a rare treat for fans of the genre now. Set in the vastness of the American west, with a large cast, beautiful exteriors and a large assortment of wildlife, Yellowstone concerns a charismatic extended family of wealthy landowners — including patriarch John Dutton (Kevin Costner) and combative daughter Beth (Kelly Reilly of Britannia and True Detective) — and presents multiple story arcs based around the family members’ battles, both among themselves and against all manner of outsiders.

Yellowstone is the brainchild of co-creators Taylor Sheridan (writer/director of the thriller, Sicario) and producer John Linson (Sons of Anarchy, The Outsider). The series has been shot by such talent as including Jim Denault, Adam Suschitzky, William Wages, David Johnson, and, for the current (third) season Christina Voros, who has also directed some episodes. The overarching approach to the look was established by the initial director of photography Ben Richardson (who lensed Sheridan’s critically acclaimed feature, Wind River) and who is now directing on the show. Festa collaborated on season one with Richardson sustaining the visual approach to the epic series, working with him on a series LUT and ideas about the way color grading would be used. Richardson, who landed an ASC Award nomination for his work that first season, has since moved on to directing episodes.

“Beyond being a gifted cinematographer who creates compelling work,” says Festa, who colored the show at Company 3 in Hollywood (formerly Encore), “Ben is really a gifted nuts and bolts color science guy.”

When it came to coloring episodes, Festa adapted to Richardson’s preference of starting with an initial grade limited to what Resolve’s offset LOG controls can do, which, similar to using the “printer light” function with its origins in photochemical finishing, makes linear corrections on the entire frame without affecting the curve. unlike the more common approach of mixing in lift, gamma, and gain (which do alter the curve) separately. “It creates a very naturalistic look,” Festa notes, “the curves are very clean and everybody loves it. It wouldn’t be the best approach for every project, but it’s the approach we’ve used for Yellowstone and it’s worked very well.”

Once the cinematographers are happy with the offset correction, Festa adds, “we can always go further in subsequent nodes with the addition of a sophisticated grade, or an adjustment to gamma or gain, or ‘dodge’ and ‘burn’ as icing on the cake.”

“But,” Festa notes, “with these talented cinematographers shooting such incredible Montana exteriors, we often don’t have to do much and the images are gold!”

In addition to the Resolve color toolset, Festa also makes use of some of the functionality Resolve has added that were previously the realm of visual effects. He uses the OFX plugins such as Color Compressor to help achieve what Festa calls, the “contemporary warmth”, and Texture Softening to define looks beyond anything possible with Power Windows to create subtle effects such as softening just backgrounds and sharpening foreground elements to enhance depth of field and introduce an enhanced sense of three-dimensionality to the images.

From the start, the filmmakers strove to bring a filmic look to the show despite the fact that they were shooting on a variety of digital cameras. LiveGrain Real-time texture mapping is also used to add a print stock emulation element to the scenes. To make this behave as it would for a show actually shot on film, different versions of the emulation are used for material from day vs. night and interior vs. exterior material to further define each look. In terms of workflow, Festa applies LiveGrain within an OFX node at the post-clip level.

But Festa never does anything that calls attention to itself or detracts from the simple western-style elements that make Yellowstone what it is. “A lot of it is about lush exteriors, golden warmth and chiseled talent,” Festa explains. “The color mantra is, ‘leave no visible footprints on the exposure'”.

The show doesn’t need it, the colorist sums up. “Keven Costner on a horse in Montana! how do you beat that?”