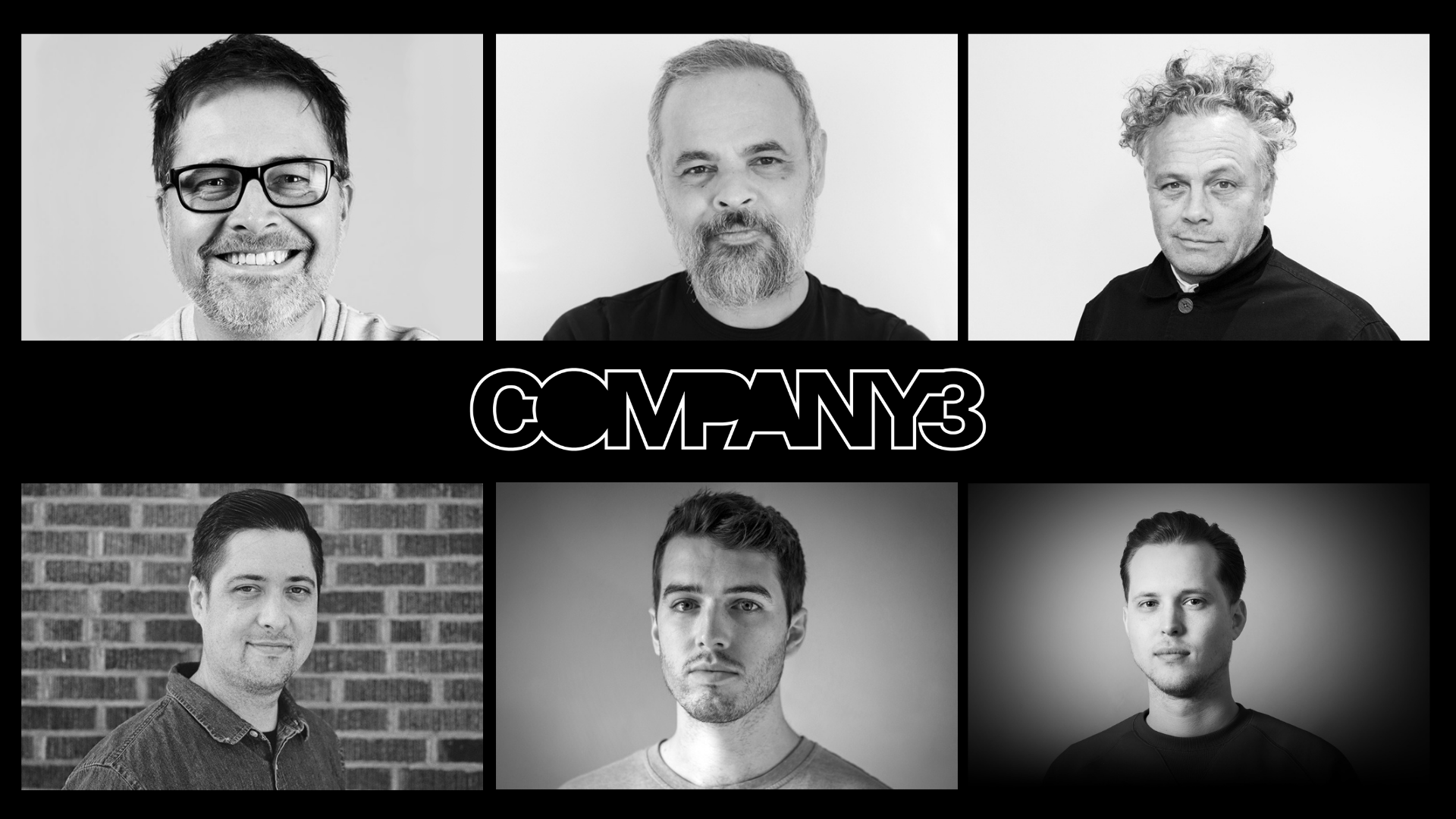 Company 3 is delighted to announce that Framestore colorists Steffan Perry, Simon Bourne, Beau Leon, Clark Griffiths and Dominic Phipps will be joining our roster as a major development in our partnership with Framestore. London-based Senior Producer Chris Anthony, who has been an integral member of Framestore’s Color department for over 14 years, will also be joining the team.

In London, Perry, Bourne, Phipps and Anthony will join the existing roster of world-class colorists at our newly-completed Chancery Lane studio. There they will collaborate closely with Senior Colorist/ Head of Color Jean-Clément Soret and Executive Producer Ellora Soret.

Bourne, among the most-awarded colorists working today, has created a stellar body of work and collaborates frequently with top directors such as Daniel Wolfe, Salomon Ligthelm and Dan Delifice.

Perry, brings with him 24 years’ experience and as a highly-sought-after lead colorist, has built up an enviable list of credits with some of the world’s leading brands and entertainment providers, as well as garnering a highly impressive number of awards and nominations at festivals including Cannes Lions, British Arrows and D&AD awards. His latest work can be seen in McDonald’s Christmas much loved Christmas advert “Imaginary Iggy”.

Phipps has been highly successfully in the hybrid role of assist/colorist for Framestore since 2018 and has brought his keen eye and attention to detail to many commercials as well as to music videos for leading artists including Pixey (“Electric Dreams”), Easy Life “Nightmares (Live)”, and Alfie Templeman (“Forever isn’t Long Enough”).

Leon’s body of work crosses commercials, feature films, documentaries and music videos. He launched his career with the iconic R.E.M. music video “Losing My Religion,” and has subsequently worked with hundreds of high-profile artists, filmmakers and brands. He is the first non-director to receive the Lifetime Achievement Award from the MVPA.

Griffiths, based in the heart of Chicago, has graded a wide variety of commercials in virtually all genres. Recently, his artistic touch and attention to detail could be clearly seen in spots such as “Drake from State Farm”, which premiered during the 2021 Superbowl; the colorful campaign for the launch of Corona Seltzer and multiple high-production-value commercials for high-end car brands such as Volkswagen and Cadillac.

“We are delighted to be further bolstering our teams in London, Los Angeles and Chicago,” says Stefan Sonnenfeld, Company 3 Founder and President. “This addition of talent and expertise from Framestore’s Color department will position Company 3 to be able to further enhance our already world-class post and color services to TV shows, features, commercials and music videos.”