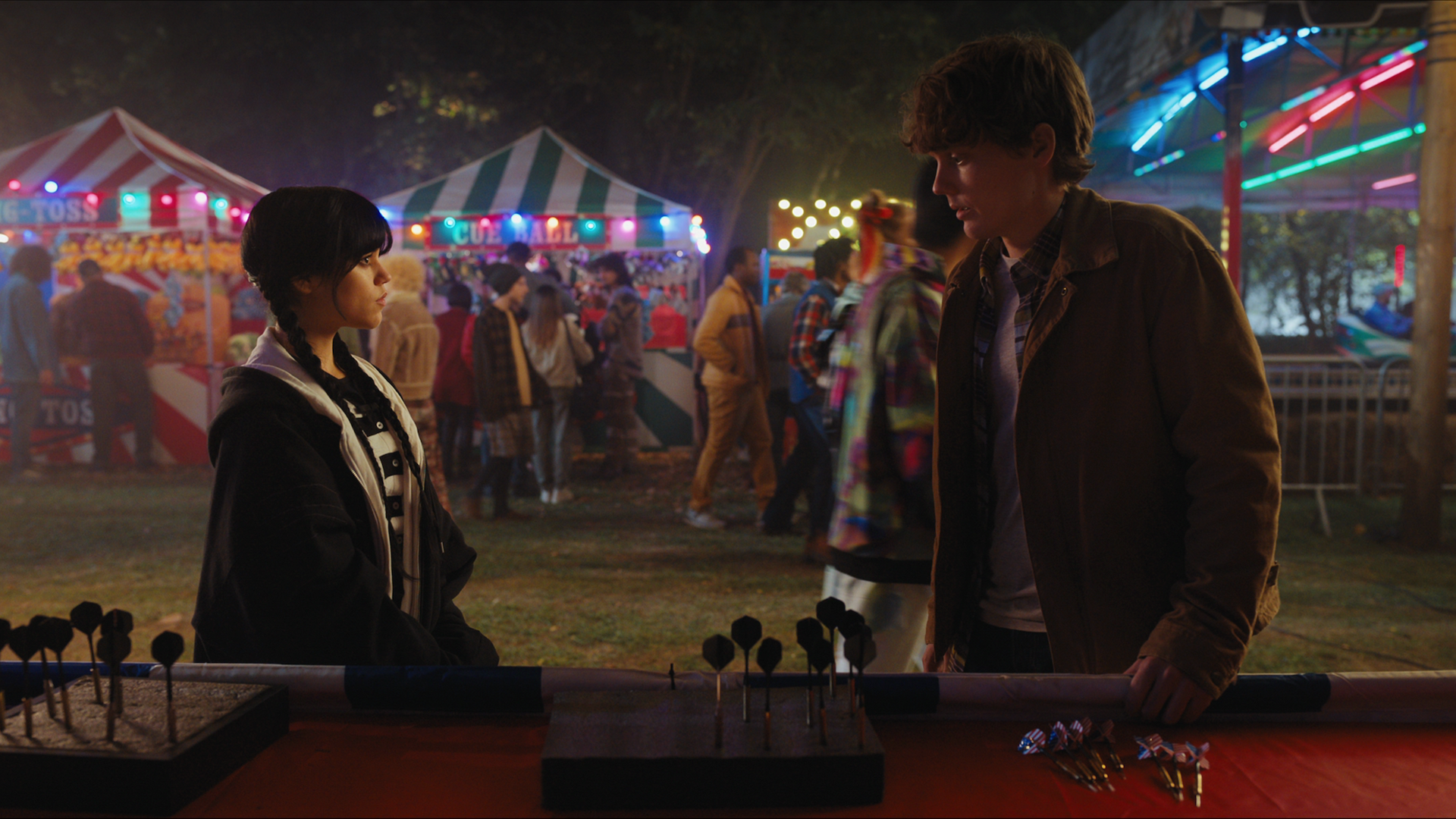 The Addams family is once again hitting our screens with the release of Netflix’s ‘Wednesday,’ from the mind of Tim Burton, created by Miles Millar and Alfred Gough. The series, which has already broken records, stars Jenna Ortega giving her take on the character Wednesday Addams, a character most known through Lisa Loring, who originated in the ’60s TV series, followed by Christina Ricci in the ’90s movies. The first four episodes of the series were directed by Tim Burton, with the rest directed by James Marshall and Gandja Monteiro.

Assisting the filmmakers in fine-tuning the series’ iconic aesthetic, Company 3 handled the color grading and sound mixing for the entire series. Senior Colorist Siggy Ferstl collaborated closely with Burton, the producers, and David Lanzenberg to develop the overall look of the series for its pilot. Then Senior Colorist Joanne Rourke, based at Company 3 Toronto, used the first episode as a guide as she worked on the subsequent nine episodes. Lead Mixer Mike Baskerville led sound mixing (along with mixer Jamie Sulek) at the company’s Toronto mixing stages, with show principals following in person and remotely from various locations in the US and UK.

Reflecting on the overall tone of the series, Ferstl comments, “Wednesday lives in a black and white world; she’s in monochrome clothing, but the world around her is colorful, so we needed to enhance those characteristics to bring out the contrasts of the two worlds subtly.” Rourke adds, “The look was often referred to as ‘graphic novel.’ Therefore, we would need to do things like heightening the Saturation, depending on the scene, to bring out those rich blacks against the colorful world.”

An example of the contrast is the scene with the very familiar Addams Family limousine. Ferstl notes, “In this scene, everything’s essentially monochromatic. The Addams are all dressed in black while sitting in a black car. However, the red velvet seats and the fall leaves outside offer the contrast we wanted, so we isolated those red and orange hues and made them deeper and richer. A lot was done to ensure we hit the right approach to achieving this kind of contrast so that it wasn’t so obvious that it takes the viewer out of the story.” 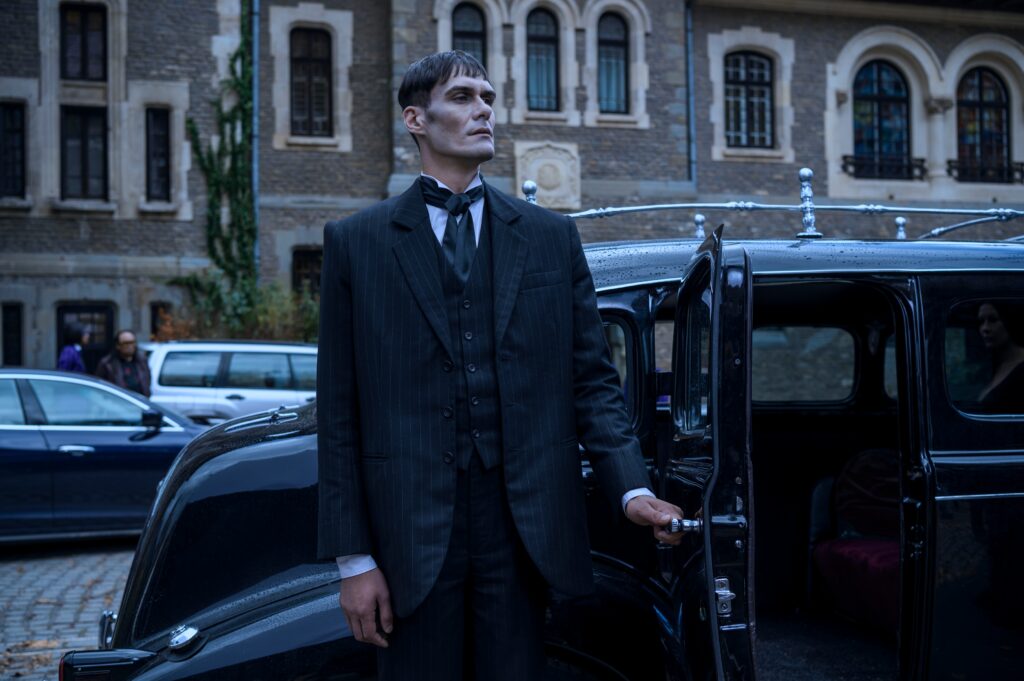 “The look,” Rourke recalls, “was often referred to as ‘graphic novel.’ Saturation was heightened at times, depending on the scene, and there were also strong rich blacks.”

Episode 2, “Woe is the Loneliest Number,” contains a sequence covering her school’s Poe Cup Race. Rourke notes, “this was an example where we pushed everything a little harder [than the first or subsequent episodes] at Tim’s request. It was the perfect approach for that episode.”

The entire series was mixed on Company 3 Toronto’s Mix 1 stage. Baskerville observes that the mix was rather involved. The soundscape was not what one would call naturalistic, and there were no ‘typical’ locations. “Normally, you might set the ambient sound for a location and then use some of that audio and those settings for the rest of the series. There were a couple of main sets like the Nevermore School, but each scenario plays out differently, so we had to approach each episode almost as a standalone [project].” 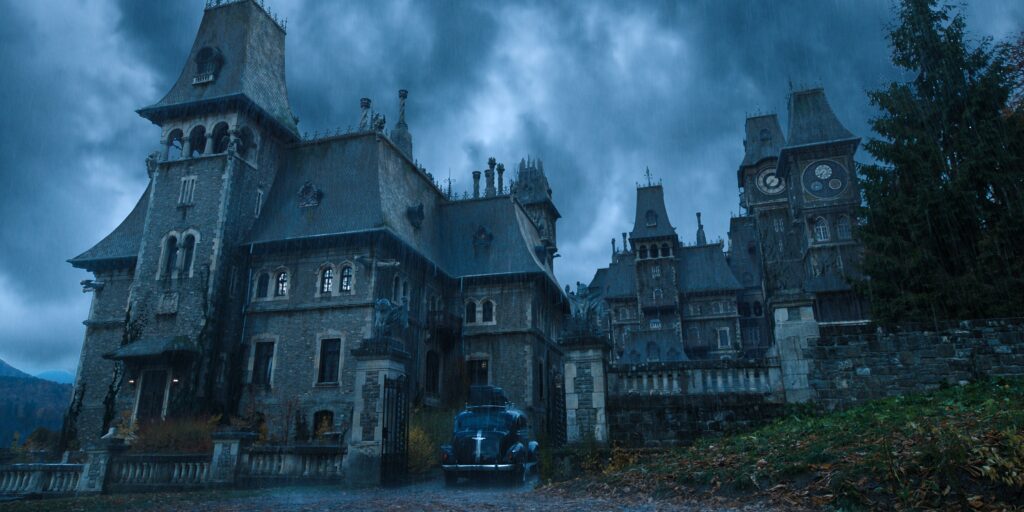 One of the moments that Baskerville particularly enjoyed was handling the source music. “They chose well-known pieces played by famous artists but with very different instrumentations. Wednesday plays the cello in the show, so some of the tunes were recorded in ways that capture the characteristics of the character and her instrument.”

The Addams Family is much loved across the globe; therefore, hitting the right tone was necessary for the team. Rourke concludes, “When I heard I was going to be working on Wednesday, I was over the moon… I’ve always been in awe of Tim Burton’s visual aesthetic, so it was quite a thrill to get to work with him.”

You can stream Wednesday now on Netflix.