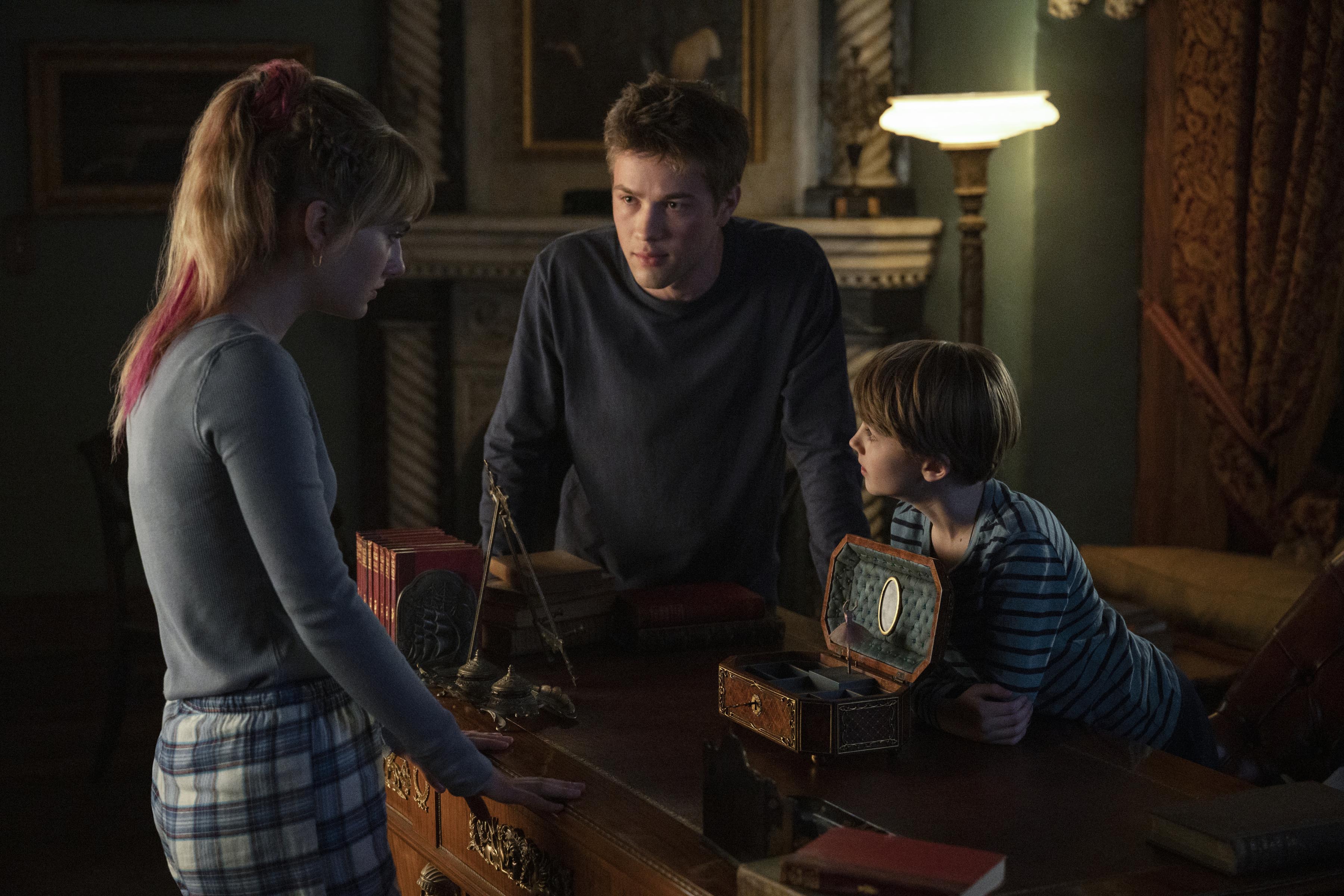 Rourke shared, “While the show material could be dark at times, we wanted to maintain its universal appeal so the overall approach to the color was meant to stay on the lighter side and keep the night scenes neutral. We generally had a lot of color separation with warm skin tones, and the mansion was a very important element in the story. The look was largely achieved through the beautiful set design, with lots of architectural detail and warm practical lighting, so I endeavored to keep those shots as rich and cinematic as possible.”

Using Blackmagic DaVinci Resolve 15, Rourke was able to grade in Dolby Vision (concurrently creating an SDR analysis with Dolby’s CMU, or Content Mapping Unit), and keeping trims for the SDR version to a minimum.

At times, the camera would float throughout several rooms, requiring subtle adjustments to windows, floors and characters’ faces as they moved through the house. Rourke qualified and adjusted the practicals in the HDR grade, so they didn’t detract from the characters. While light ratios between say a lamp in the shot or an open window and a character’s face might work perfectly in SDR, she explained, those brightness differences can be too extreme in HDR as there is now full detail in those highlights, to the point where that lamp or window could distract from the subject of the shot — the face, for example. For a colorist, part of mastering for many different display types, Dolby CMU notwithstanding, is making subtle revisions to elements of the shots in order to maximize the dynamic range available for each type of display.

“I was amazed at what a high level Joanne was able to shape the look of the shadow VFX sequence,” Glasgow recalled. “In some cases we had in excess of 50 windows on a single shot. That sequence would not have turned out as well as it did without her diligence and creativity.”

One of the more demanding challenges Rourke had to address was keeping the shadow creatures visible, especially in a sequence set at night in the mansion with all the lights out. “I made great use of the delivered mattes, which helped to fuse and enhance elements, such as eyes, sparkle, faces, and shadows,” explained Rourke.

Another involved balancing out exterior driving sequences so that the time of day appeared consistent. This involved adding sunlight to the trees and background in some cases to make it work. Rourke also incorporated light rays or flares as it made sense.

“It was great to work with such a talented group of people,” Rourke noted. “There is always lots to learn and this was no exception. However, the release of this project is bittersweet as we’re also immensely saddened by the loss of our wonderful post supervisor, Gregor.”

In addition to color finishing, Deluxe Toronto also provided dailies for the series as well as sound mixing, which was done by Chris Cooke and Eric Apps. Cooke focused on fine tuning the mix of dialogue and music, while Apps handled sound effects and Foley. In some cases, up to 300 different sound elements were layered together, resulting in a complex and cinematic soundscape.

“It was  a pleasure to work with Chris and Eric on the mix stage,” Glasgow said. “Deluxe’s remote setup ensured that we were able to communicate immediately and make changes quickly. I believe this is some of the best mixing work I have been involved with.”

“I was able to screen the first episode sound mix in Ra’uf’s room in Los Angeles and I was blown away by the sound quality. The custom set up enables a really efficient way of working, especially for a project with a large scope like ‘Locke & Key,’” Cooke said.

“Our remote set-up was an unintentional model of how we can continue to work safely in the Post COVID world. I never sat in the same room as the artists I worked with in Toronto, and I am very proud of the high level of artistry they delivered.”