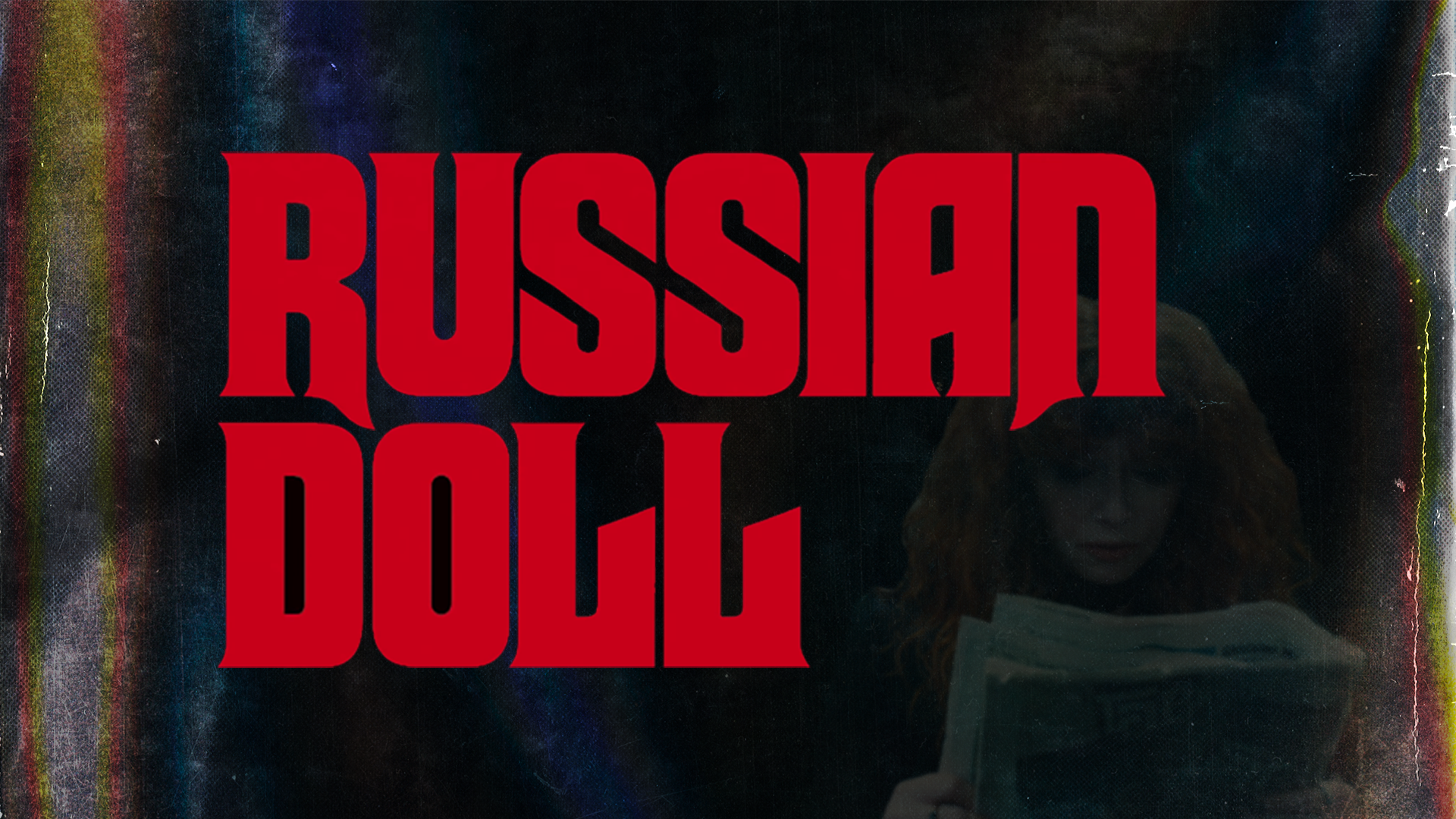 Audiences were transfixed in 2019 by the series Russian Doll, created by series star Natasha Lyonne, Amy Poehler and Leslye Headland (Single Drunk Female). In the first season, Lyonne as Nadia — a cynical New Yorker — finds herself in a time loop in which she repeatedly dies and then returns to a party being thrown in her honor. The show, which cleverly expands on this premise in surprising and amusing ways, was very well-received.

The new season takes Nadia on even more adventures as she finds herself first in present day New York and subsequently propelled back in time to the 1980s, 1960s and the 1940s. “Each of the four different time periods is very distinctive looking,” says Company 3 Senior Colorist Greg Fisher, who colored the entire new season. 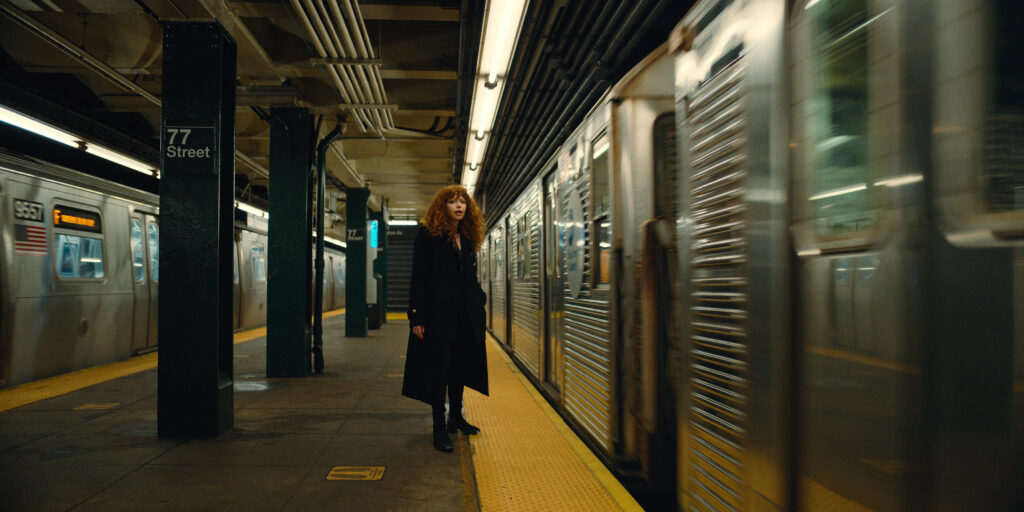 Cinematographer Urszula Pontikos (Film Stars Don’t Die in Liverpool) took over cinematography duties this season from Chris Teague (Only Murders in the Building), who shot Season 1 of Russian Doll     . Prior to the actual shooting this season, Fisher worked with Pontikos on show LUTs for each of the looks: contemporary, ’80s, ’60s and ’40s. “I generally prefer to make fewer show LUTs,” says Fisher, noting that it’s generally also the preference of cinematographers in order to streamline the number of variables on set. “But in this case, the looks are so different from one another that we decided it was important that everyone on set have some way to preview an approximation of the final look.” 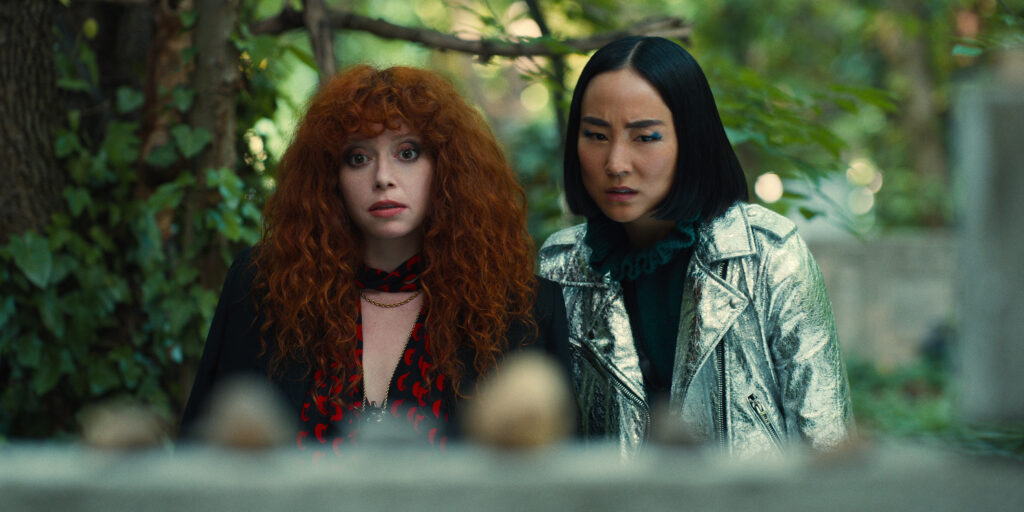 Each of the LUTs was based on a film-style curve and Fisher enhanced that aspect of the look in the final grade with varying degrees of digitally generated grain. The present-day look, Fisher elaborates, “is pretty clean and straightforward. The ’80s look is grittier and a bit more contrasty. The ’60s is a bit grainier, softer and not quite as contrasty as the ’80s look.”

For the most pronounced look of all — the 1940s — Fisher enlisted the help of Company 3’s VP of Image Science, John Quartel, to help finetune the LUT, which is designed to reference the early 20th Century two-strip color process.

While the amount of time the show spends in the ’40s is limited, it was definitely the most challenging from a color grading perspective. Aside from the complexity of the LUT itself because it was so pronounced, it also meant that the shot-to-shot color grading underneath would be greatly affected by even the most subtle changes.

“There’s almost no green in these images at all,” Fisher explains. “It’s very much a mixture of magenta, red and cyan. The imagery was hypersensitive to the tiniest changes. Shots that might be close to matching without the LUT could go haywire. Skin tones could very quickly shift so maintaining continuity within the scene involved quite a lot of very fine adjustments.”

“Ultimately,” he says, “I think it all came together nicely. It’s definitely a fun and interesting show to work on.” 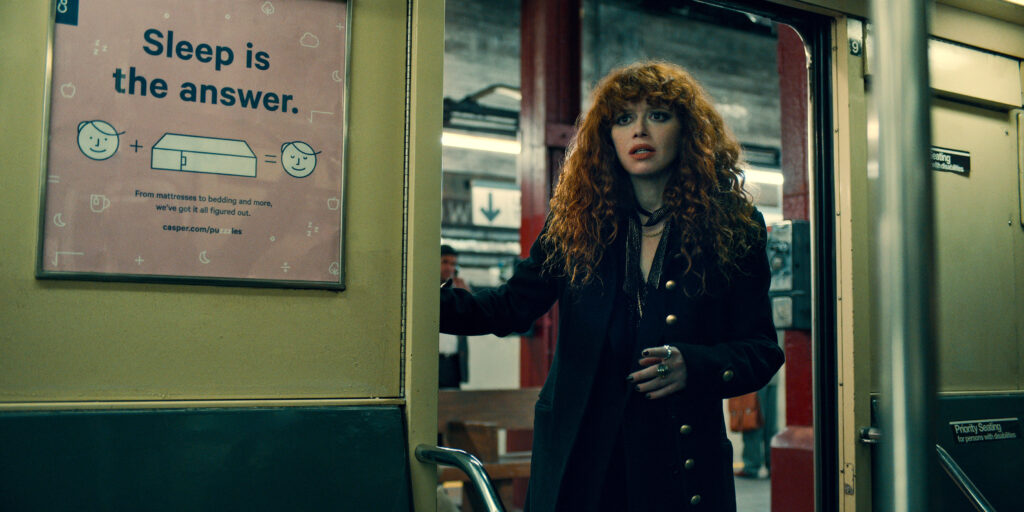